On Day 6, here’s a really cool old Route 66 roadside attraction, the Leaning Water Tower in Groom, Texas. It leans at 10 degrees and though it looks like it’s leaning on two legs, the secret of the tower is that it’s really a tripod when you count the white pipe in the middle! Route 66 is like a 2,000+ mile retro museum filled with Interesting and quirky things along the way! Thrilled to travel 1/2 of the Mother Road! 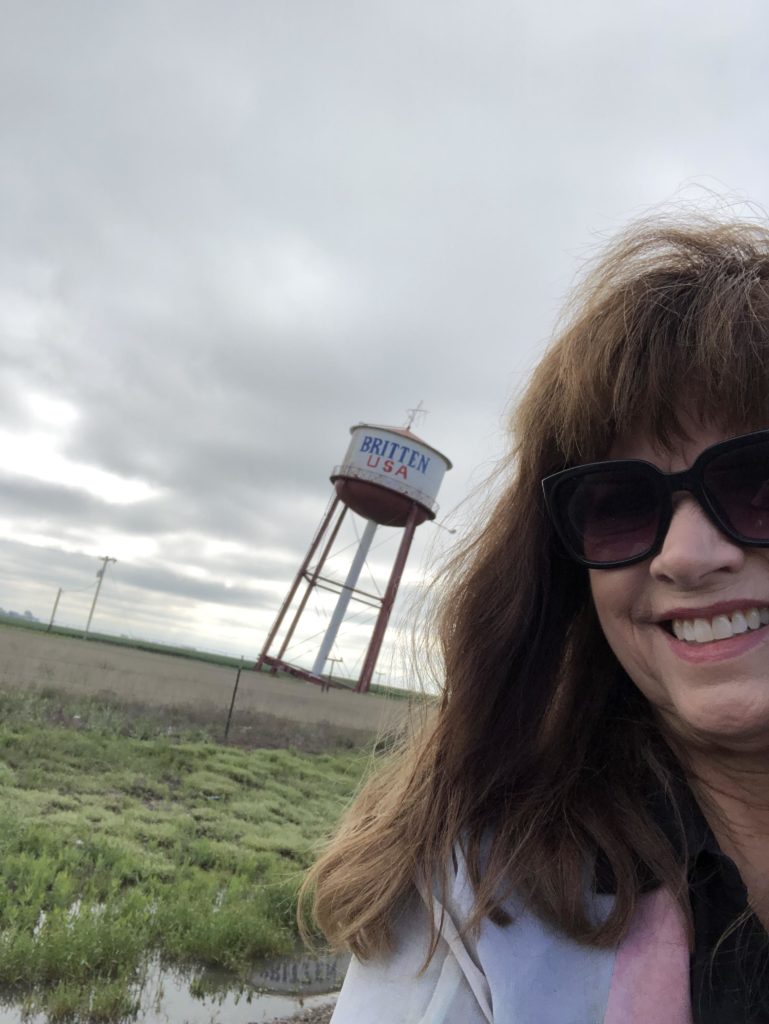 Right by the Leaning Water Tower on Route 66 and across the freeway is the massive Groom Cross-Titanic Texas Tribute! It’s 19 stories rise up from the Texas Panhandle! Our Texas relatives live down the road in the Panhandle! “It’s more than a 2.5 million pound hallelujah-it’s also a heaven-scraping billboard . . .”

After leaving Groom,Texas, we rolled down Route 66 to McLean, Texas, to stop by the first Phillips Gas Station in the state of Texas! It was built and licensed to Phillips in 1929! And was also the first restored gas station on Route 66. It’s the cutest place! 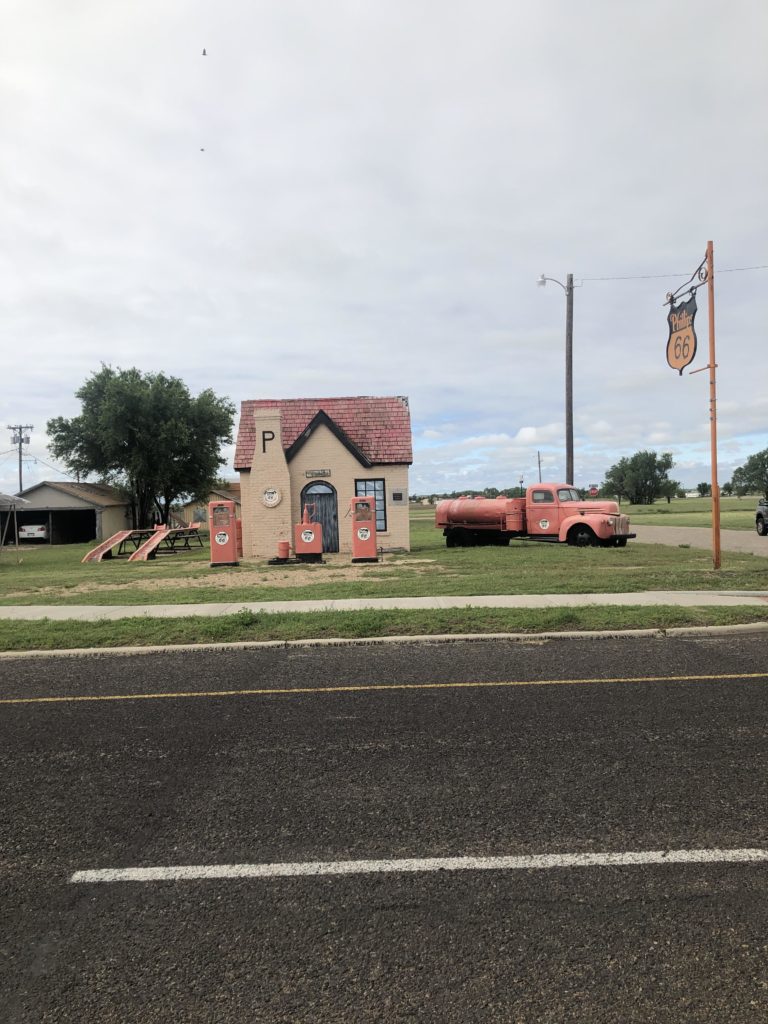 Miles below Route 66, in Dallas, Texas, we were surprised by a mini car show! Hawk’s Ride got a warm welcome! Thanks everyone! More about our mystery destination will be revealed in mid June! 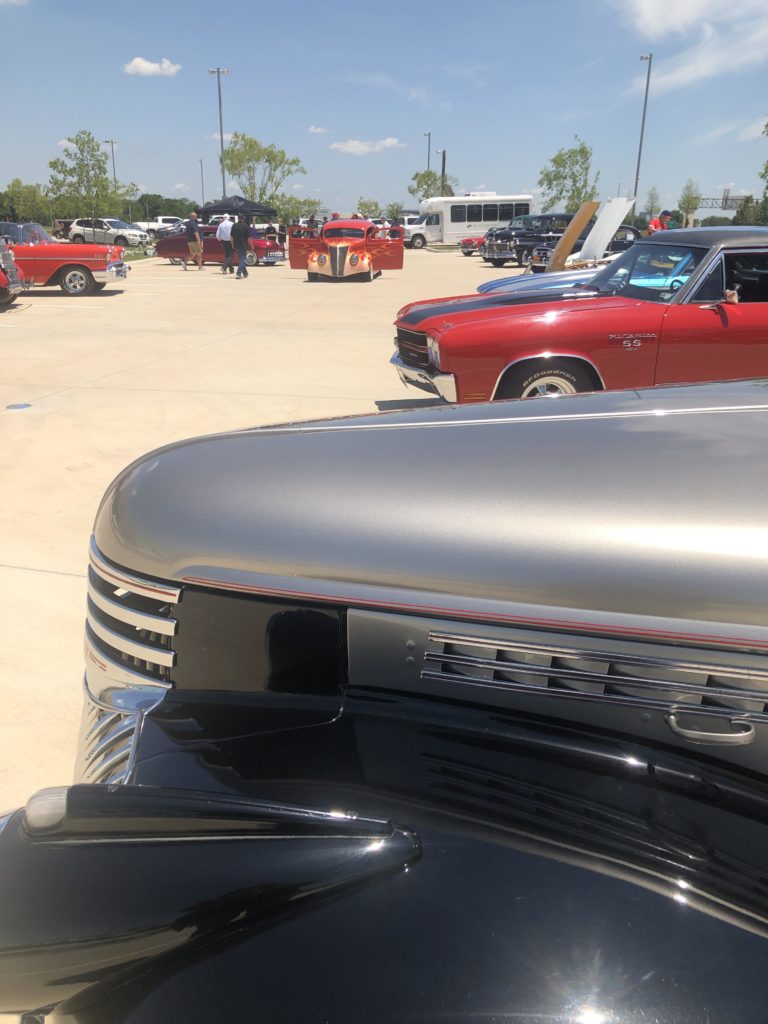 Having a last “sit down” in my car called Hawk’s Ride that I wrote into my kid’s book series for 8 and up! If you liked my adventures on Route 66, buy a print or audio book and follow the fun adventures of Pete and Carol Ann in their 1950s world. Route 66 gets mentioned a lot in all the books! My car has a new home in Texas, but I’ll be back to visit real soon and unlock the mystery! Bye, bye, Hawk’s Ride! 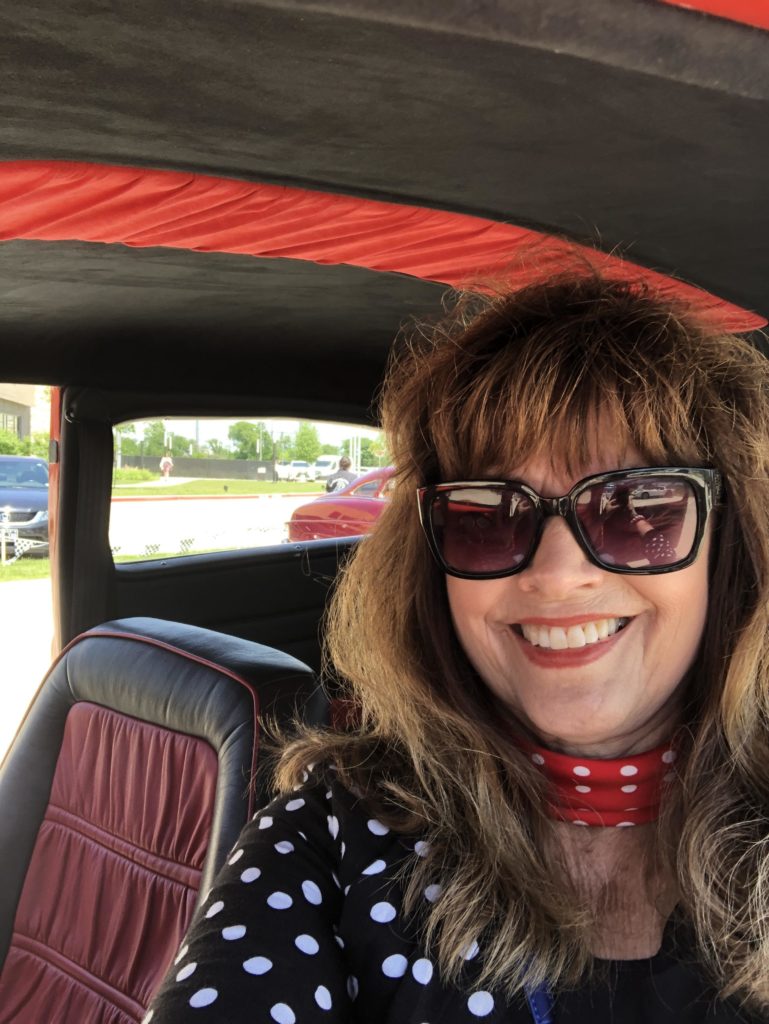 CA Hartnell is an award-winning author who specializes in kids books set in the 1950s. Her adventures growing up in El Monte, California in the 1950s inspired her set of children’s books: Scary Spring, Sinister Summer, Ferocious Fall, and Wild Winter. She now resides in Las Vegas, where she continues to adventure and inspire everyone around her. Get her series of 50s nostalgia books for kids here.