Hawk’s Ride is a 1937 Ford Slantback with original steel frame and body. It has a 3″ chopped top. The engine is a 350 GM crate motor with a Turbo 350 Transmission, a 10 bolt GM Rear with air ride and a Holly 650 Carburetor.

The car was restored by West Coast Customs, of Corona, CA. Ryan, the owner of West Coast Customs, outlined the flames on the car’s sides. The electronics were done by Anthony, the owner of All American Rod and Custom in Henderson, NV. The Learning Channel filmed Hawk’s Ride for their TV Show called Street Customs. The car is featured in the children’s chapter book series about the 1950’s called, The 1950s Adventures of Pete and Carol Ann.

Look for the 4 (1950s) based book series by C.A. Hartnell where the author’s Hawk’s Ride is featured! 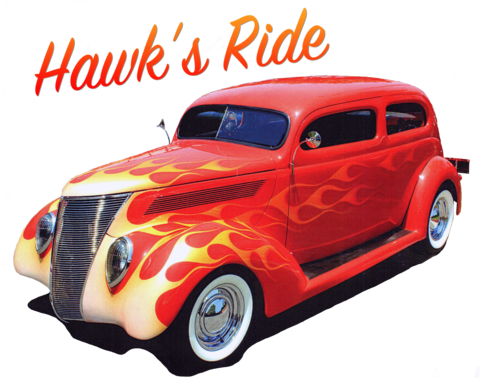 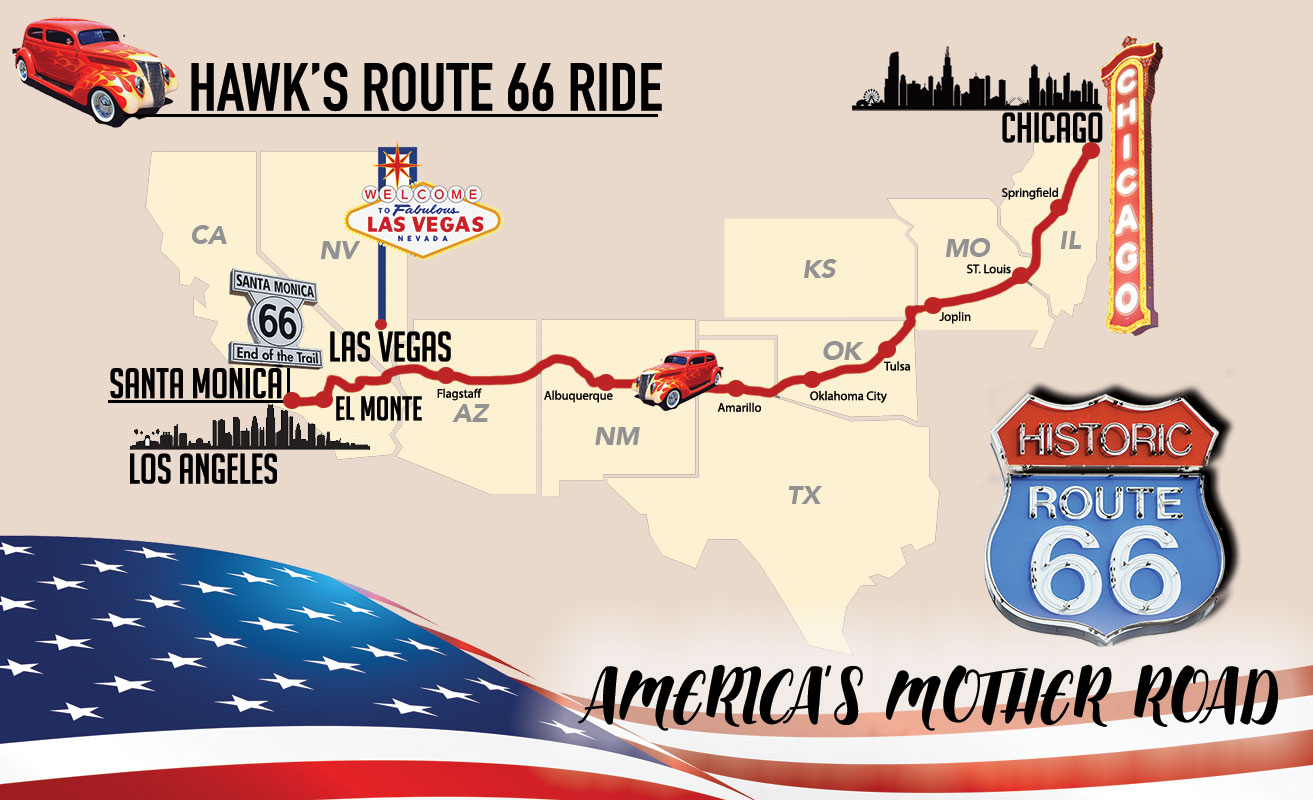